The Diesel Particulate Filter (DPF) can frequently go wrong on your diesel vehicle but Edge Performance can help you out should you be experiencing DPF problems. We provide DPF services across Birkenhead, Liverpool, and Merseyside and Cheshire areas.

So what is a DPF? DPF stands for ‘diesel particulate filter’ and is located within the exhaust system which helps reduce the harmful emissions that comes from a diesel exhaust. A DPF essentially captures and stores exhaust soot and when the engine gets hot enough it burns them off.

Why can a DPF get blocked?

If your journeys consist of short trips or the engine is kept in low revs then the soot will build up to the point that the DPF gets blocked and you see the warning light on your dashboard. If addressed early on it may be possible to clear it (consult your vehicle’s handbook) but it’s likely that you need to have it cleaned or replaced.

We see a large amount of burnt out and damaged DPFs and catalytic converters due to petrol
being added to diesel fuel, and also the wrong ratio to fuel additives i.e. one bottle of cleaner to a quarter of a tank of fuel; this super concentrates the additive and raises the temperature and melts and damages catalytic converters and DPFs . 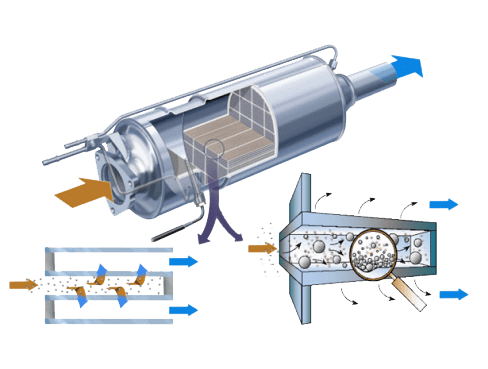 So what can Edge Performance do for you and your DPF?

As you can see there are several options to sort your DPF, and some of the methods of cleaning a DPF work on certain vehicles better than others. If your DPF is blocked due to an oil leak of some description you cannot recover a DPF without removing it.

At Edge Performance, a filter that is blocked due to an overaccumulation of soot can be removed and cleaned, as opposed to replacing it with a brand new unit, which other garages typically might do. A replacement DPF unit would cost well in excess of £1,300, whereas cleaning it will cost you in £190 to £400, depending on the vehicle.

We know that vehicles are detuned to work on any grade of fuel (especially outside Europe), but we can tune your vehicle so it doesn’t create as much soot and therefore won’t cause problems with the DPF in future. Emissions will also improve once your vehicle has been tuned/remapped.  You can find out more about by checking out our DPF FAQs.

Can I cause more damage to my DFP by trying to drive it when the warning light is on?

Some people will try to use DPF cleaner added to the fuel in an attempt to clear a blockage but this  can sometimes burn the injector tips and cause the filter to melt and be destroyed.

Equally, trying to run your vehicle down the motorway when you have an issue with DPF, as is often advised, can often damage the turbo and engine. 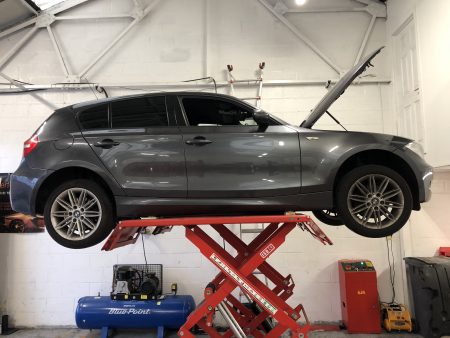 What vehicle do we commonly see for DPF issues?

Will DPF removal affect my MOT?

From February 2014 we have to comply with legislation regarding emissions. Edge Performance will only offer DPF solutions for off road usage only. It is not illegal to remove a DPF from your car or van, however it is an offence under the Road Vehicles (Construction and Use) Regulations (regulation) 61A(3)1 to use a vehicle that has been modified in such a way that it no longer complies with the air pollutant emissions standards it was designed to meet. A missing DPF where one was fitted from February 2014 will result in an MOT failure.

How much is DPF work likely to cost me?