What is an engine carbon clean?

A layer of carbon can build in an engine which can affect the smooth running of the engine and causes many other issues. A carbon clean will remove much of the carbon deposits from the engine, returning it nearer to the level that it would have been performing prior to the carbon build-up.

A carbon clean can be carried out using engine cleaning materials such as sprays or liquids to atomise carbon deposits which are then expelled as a gas through the exhaust system. Alternatively, a more invasive method might involve disassembly of part of the engine and use of a carbon cleaning machine to thoroughly remove the carbon using abrasive methods.

Why is carbon cleaning required?

The aim of carbon cleaning is to remove sooty carbon deposits from the inside of a car’s engine that are produced by burning fuel. It affects diesel vehicles in particular, but petrol vehicles can also be affected. City driving with heavy traffic and poor fuel quality can be among the factors that leads to greater carbon build-up for both petrol and diesel vehicles.

Carbon build-up can lead to issues with performance and efficiency of vehicles and in some cases can even lead to failure of emissions tests in an MOT. A comprehensive clean using a carbon cleaning machine is the most effective at returning your vehicle to somewhere near the levels of performance it might have had prior to the carbon build-up.

How is carbon cleaning done?

Depending on the degree of carbon build-up, it may be possible to clear it by injecting into the car’s fuel system a chemical (usually in gas or liquid form) with the aim of dissolving the carbon build-up within the engine. The injected formula then burns at an extremely high temperature, with the intention to remove the carbon, which will be expelled from the vehicle exhaust pipe.

For vehicles with particularly stubborn carbon deposits or build-up in hard to access places, it may be necessary to use more invasive methods that require specific parts to be removed. These parts may be treated or blasted with an abrasive material, such as sand or crushed walnut shells, to remove the carbon deposits.

What are the benefits of an engine carbon clean?

Aside from helping you avoid costly repair bills should you ignore a carbon build-up which could over time affect other engine parts such as EGR valves, DPFs, turbos, inlet manifolds and injectors, there are many other benefits for your vehicle from a carbon clean. 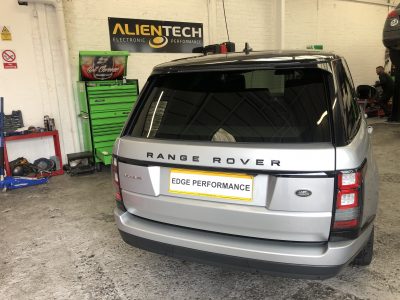 Removing carbon from the engine will improve vehicle power and performance and lead to greater efficiency. Some of the other benefits of an engine carbon clean include the following:

Although petrol vehicles are generally less susceptible to clogging up with carbon deposits, they can still benefit from carbon cleaning. Diesel vehicles are more often affected as the fuel doesn’t burn as cleanly and the dirty exhaust gases are often fed back into the intake manifold to reduce combustion temperature and therefore reduce the harmful gases that are emitted.

This process of re-feeding the sooty exhaust gases means that dirty deposits get left behind and coat the engine components plus the particulate filter which can also be affected by carbon deposits. Carbon cleaning is recommended as a way of improving performance and helping a vehicle pass MOT emissions tests..

How do you avoid the need for carbon cleaning?

Regular servicing can go some way towards preventing an excessive build-up of carbon deposits occurring. For diesel vehicles it is particularly important to give vehicles a regular good run so that the engine gets warm enough to burn off carbon deposits and regenerate the particulate filter.

If you have been experiencing a drop in performance of your vehicle, or a warning light has illuminated, or your vehicle has failed an emissions test, then engine carbon cleaning Liverpool could be the answer.

The effectiveness of engine carbon cleaning differs across the different methods that can be used. The invasive method that involves getting right at the heart of the carbon build up spots is the most effective but also the most time-consuming and therefore most expensive.

Methods involving the use of cleaning liquids can have some success with certain vehicles, but are generally best left in the hands of professionals, like Edge Performance, who will be likely to have knowledge of specific vehicles and how best to deal with carbon build-up. Whether using a carbon cleaning machine or some method, using a professional carbon cleaner will be the best way of getting a positive outcome for you and your vehicle.

Get in touch with us about your engine carbon cleaning requirements by phone 0151 647 6296 or email: [email protected]